The Great Work of God: Rain 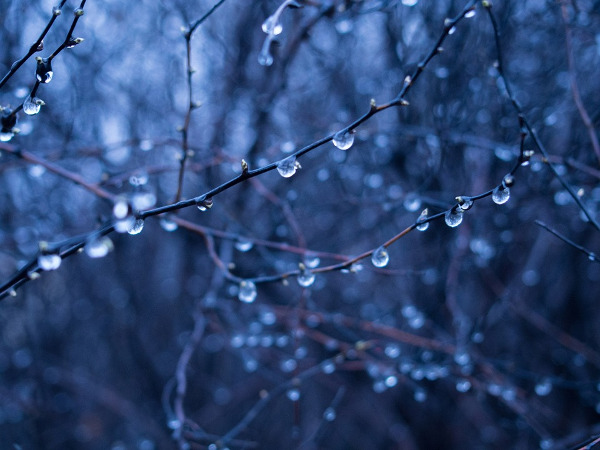 As I sit at my desk this afternoon gazing out the window, watching the rain put me in mind of an article I recalled reading a few years back by John Piper. And as I reread it, I determined to share it with you, Regents parents, because it reminds us of two great themes that we simply can’t meditate on too much or too often: the greatness of God and the necessity of thankfulness. So I hope you are stirred to worship and gratitude as you read Dr. Piper’s words and consider “The Great Work of God: Rain.”

“But as for me, I would seek God, And I would place my cause before God; Who does great and unsearchable things, Wonders without number. He gives rain on the earth, And sends water on the fields.” (Job 5:8-10)

If you said to someone: “My God does great and unsearchable things; He does wonders without number,” and they responded, “Really? Like what?” would you say, “Rain”?

When I read these verses recently I felt like I did when I heard the lyrics to a Sonny and Cher song in 1969: “I’d live for you. I’d die for you. I’d even climb the mountain high for you.” Even? I would die for you. I would even climb a high mountain for you? The song was good for a joke. Or a good illustration of bad poetry. Not much else.

But Job is not joking. “God does great and unsearchable things, wonders without number.” He gives rain on the earth.” In Job’s mind, rain really is one of the great, unsearchable wonders that God does. So when I read this a few weeks ago, I resolved not to treat it as meaningless pop musical lyrics. I decided to have a conversation with myself (=meditation).

Is rain a great and unsearchable wonder wrought by God? Picture yourself as a farmer in the Near East, far from any lake or stream. A few wells keep the family and animals supplied with water. But if the crops are to grow and the family is to be fed from month to month, water has to come on the fields from another source. From where?

Well, the sky. The sky? Water will come out of the clear blue sky? Well, not exactly. Water will have to be carried in the sky from the Mediterranean Sea, over several hundred miles and then be poured out from the sky onto the fields. Carried? How much does it weigh? Well, if one inch of rain falls on one square mile of farmland during the night, that would be 27,878,400 cubic feet of water, which is 206,300,160 gallons, which is 1,650,501,280 pounds of water.

That’s heavy. So how does it get up in the sky and stay up there if it’s so heavy? Well, it gets up there by evaporation. Really? That’s a nice word. What’s it mean? It means that the water sort of stops being water for a while so it can go up and not down. I see. Then how does it get down? Well, condensation happens. What’s that? The water starts becoming water again by gathering around little dust particles between .00001 and .0001 centimeters wide. That’s small.

Well it doesn’t dump it. If it dumped a billion pounds of water on the farm, the wheat would be crushed. So the sky dribbles the billion pounds water down in little drops. And they have to be big enough to fall for one mile or so without evaporating, and small enough to keep from crushing the wheat stalks.

How do all these microscopic specks of water that weigh a billion pounds get heavy enough to fall (if that’s the way to ask the question)? Well, it’s called coalescence. What’s that? It means the specks of water start bumping into each other and join up and get bigger. And when they are big enough, they fall. Just like that? Well, not exactly, because they would just bounce off each other instead of joining up, if there were no electric field present. What? Never mind. Take my word for it.

I think, instead, I will just take Job’s word for it. I still don’t see why drops ever get to the ground, because if they start falling as soon as they are heavier than air, they would be too small not to evaporate on the way down, but if they wait to come down, what holds them up till they are big enough not to evaporate? Yes, I am sure there is a name for that too. But I am satisfied now that, by any name, this is a great and unsearchable thing that God has done. I think I should be thankful – lots more thankful than I am.