I shared an article with our faculty last week by Carl R. Trueman from First Things blog called “Teaching as Joyful Rebellion: Thoughts at the Start of the New Academic Year.” I’m sharing it with you here now, not only stirred by the article itself but also encouraged that our teachers found it so uplifting and affirming. We are blessed to have the teachers we have at Regents Academy – they embody the vision of the article below, thanks be to God.

As I prepared to return to the classroom this week, I remembered my very first foray into full-time teaching, some twenty-three years ago. I had just been appointed to the faculty at the University of Nottingham, and it was required that I attend a three-day training session on how to teach, and then to do a refresher course of similar duration two years later. On both occasions, my wife went into labor by day two. Felix culpa indeed, for I was then allowed to leave the pointless course prematurely and return to the real world. We had not timed the pregnancies that way, but what can I say? God is good. God is very good.

I remember the sections I did attend for the desolate and desultory nature of their content. Not a single thing I heard was relevant to anything I have ever subsequently done in a classroom. There were plenty of buzzwords: “goldfish bowls”; “shared educational journeys”; “transferable skills”; etc. And there was the usual pious claptrap: “There are no teachers, only learners. Lecturers and students learn together on their mutual journey.” I remember thinking at the time that that was self-evidently false. I was being paid to teach. My students were paying (albeit indirectly, in those days) to be taught. Follow the money, as they say.

What was most striking, however, was the reduction of teaching to the merely technical. What discipline we taught was apparently irrelevant. The room was full of historians, theologians, philosophers, medics, nurses, engineers. But that did not matter, because education was ultimately not about disciplinary content. Rather, we were to use our disciplines to teach “life skills.” Given that most of us in the room had made the disastrous decision to pursue Ph.D. studies and thus dramatically to reduce our usefulness to society as well as our earning potential, the possibility of our helping others with their “life skills” seemed rather remote.

Of course, this Philistinism was not why I had chosen to be a teacher, and I doubt that it has ever motivated anyone who actually became a good one. In fact, it was not why I had chosen to be taught in the first place. I was not driven to study Classics at university by a desire to learn “life skills.” I was driven by a desire to learn about the world, to uncover some of its mysteries, to learn in that very act of learning how much more there was that I did not know and never could know, and thus to gaze in increasing awe at the unfathomable vastness of the universe, even that tiny piece of it which human beings had cultivated over the millennia. And I did not want to be in a classroom to sit in a “goldfish bowl” or to be on a “journey of mutual lecturer-student discovery.” No. I wanted to witness a great human mind wrestling with the mysteries of the human condition and engaging with great truths.

Last week I noted over at Public Discourse how the loss of a metaphysics of personhood underlies the current problem of free speech on campuses. That is the most obvious place where we see the loss, but there is also a connection with the problem of education as a whole. Courses like the one I attended have no metaphysics or, perhaps better, they have an unstated, perhaps even unconscious and unwitting, anti-metaphysics. They prioritize instrumental reason, implicitly deny transcendence, and ultimately make the world a gray, prosaic, and soulless place.

Where truth is a personal construct, where there is no transcendence, where the individual is to create the world and not discover it, there relativism reigns supreme. And where relativism reigns supreme, knowledge becomes either a matter of constant critique tending to cynical nihilism, or else merely an instrument to obtaining more of whatever we choose to desire—money, sex, and power being the three basic categories. And teaching is inevitably prostituted to these ends.

And that is why I love teaching the old way, the way that is driven by a metaphysical conviction about the world and about truth. For me, this kind of teaching is an act of rebellion in this present age—an attempt in some small way to convey the idea that the world is given, not constructed, and that meaning is to be found, not created. A good teacher must always be driven by conviction—that the world is and that it has meaning, and that it is so much bigger than any one person can ever apprehend.

Teaching—true teaching, not the mere imparting of techniques or earning potential—is perhaps the most delightful calling and privilege in the world. It has its challenges, but it brings incomparable joys. The second greatest joy I have as teacher is seeing that flash of light in a student’s eyes when a previously unknown or misunderstood concept suddenly becomes clear because of something I have said. And the greatest joy (albeit a rarer one) is the one I experience when a student writes or says something that indicates they have gone far beyond that which I, as a teacher, have been able to teach them. When they become greater, I delight that I become less. For such is the proper order of things, if teaching is truly about truth and not about power or making disciples. Yet neither joy is possible where there is no truth to discover and where the world is simply whatever the loudest and most aggressive among us care to claim that it is. Good teaching is a matter of metaphysics.

In preparation for the new academic year, I have been reading James Schall’s beautiful new book on teaching, Docilitas. This slim volume has more wisdom and inspiration for teachers in a single page than myriad “goldfish bowls” and accompanying fatuous gibberish. As Schall expresses it, “[t]he consolation of the teacher, at its highest, is when he realizes that his students, however grateful, see beyond him to what is and to the mystery of why something is rather than is not.” 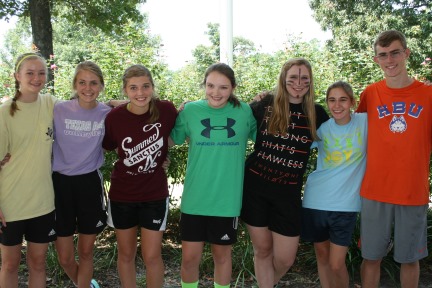 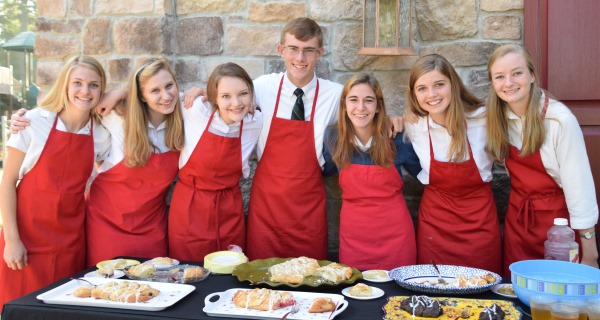 Here is your opportunity to purchase a Regents Academy spirit t-shirt and also help raise money for our school. To order your spirit shirt simply go to www.booster.com/regentsacademy. You can order your shirts with a credit card or PayPal account. T-shirts are $15 each.

These Gildan Ultra Cotton shirts are available from Youth XS through Adult 4XL. A small portion of your t-shirt purchase will benefit Regents Academy. You can have your shirts shipped directly to you now (and pay shipping), or you can get free shipping and have them sent directly to the school (to be picked up later in October). This promotion will last through the month of September.