Last week I shared with our 7th-12th grade boys the story of WW2 veteran Red Falvey, as told by William J. Bennett in The Book of Man. Mr. Falvey’s story is well worth reading (and you can find it in its entirety here at National Review Online, by the way). I shared it with the boys as an example of duty, sacrifice, and perseverance. Here are excerpts from this story, and I hope it inspires you as it did me and the young men of Regents. The message for the boys was clear: real manhood means sacrifice and devotion, and faithfulness to our duty is our high calling under God. Thank God for men like Red Falvey who have faithfully shown us the way.

All Red Falvey wanted for his twenty-first birthday was the right to jump out of planes, to see the ground rushing up, feel terror for a few short seconds, then pull the cord and watch the parachute billow above and the world swing below him — but now he was standing in front of the recruiter, and the stern-faced man with the notepad asked if there was anything wrong with his body.

“I can’t touch my left shoulder.”

The recruiter’s face crinkled up, “Aw, you’ll never get in. To get into airborne, you have to be 110 percent and there’s no way that they’re going to let you in.”

Red Falvey walked out of the recruiting station, discouraged but not defeated. It was Aug. 2, 1942, and the boy from Yonkers, N.Y., — who broke his arm climbing a tree — was a patriot. On Dec. 7, 1941, when the crackle of the radio interrupted his life and President Roosevelt called him to battle, he knew what he had to do.

It was on that day of infamy when he was calling on the girl that he would someday marry and be with for 54 years — Leona Swarthouse — that bigger news came rolling over the airwaves. Falvey couldn’t point out Pearl Harbor on a map, but one thought kept turning in his mind: Those silly little fools, do they have any idea what they’ve done? Don’t they know we’ll wipe them up in a week?

Growing up, Falvey spent much of his free time at the airfields, watching the barnstorming tours of planes with his brothers. He knew he wanted to be up in the air. Regardless of what any army recruiter told him, Falvey wanted to be airborne.

Despite his injured arm, Falvey proved the recruiters wrong and successfully enlisted in the 506th Infantry Regiment (known today as the popular Band of Brothers).

The 506th Regiment was an experiment, a test to see whether men could be better trained by being wholly devoted to the sky, rather than starting with 13 weeks with feet on the ground.

“We had to save time; the brass were trying to hurry things along and get us ready for combat,” said Falvey. “There was nothing easy about that training, and so many of those boys couldn’t handle the intensity. They washed out.”

Red Falvey never claims to be special, but he didn’t wash out.

And there is the little-understood truth about history. There are the images that stand out in textbooks: Washington crossing a frozen Delaware, John Paul Jones returning a call for surrender with “I have not yet begun to fight,” and Alvin York single-handedly capturing 132 Germans in World War I. But alongside those faces leading the charge, there are the oft-overlooked men who follow, the men who forge ahead against the cold, and the men who continue when all others stop.

“We just felt we were special. That’s what they pushed into us. We were so very proud of our boots and our jumpsuits. . . . You know they blew us up and we ate it up. They told us how good we were, how good we had to be.”

While men doing extraordinary things laid the cornerstone of America, men who simply refused to give up built this country’s foundations.

Falvey never claimed to be something great on his own strength. But by joining more than 11 million other U.S. citizens serving in the U.S. forces during World War II, Falvey attained a higher standard of nobility: A class of people who sought to serve their country, rather than themselves — a quiet knighthood that did not need medals or praise to know they had fulfilled their duty. Soldiers, like Falvey, who did not relish the horrors of war, but who still said, “We knew we had a job to do and that nothing was going to happen with that war until they put us in.”

The recruiter tried to keep Falvey out of airborne. He couldn’t fire his gun with his right hand. He never finished first during the training or earned any great medals during combat. But Falvey answered the call of his country, went to war, and didn’t turn away. He came back to the United States and served his family and loved his wife.

Red Falvey was a man who served at war, but knew how to live at peace. He couldn’t touch his left shoulder, but he never washed out. He served. 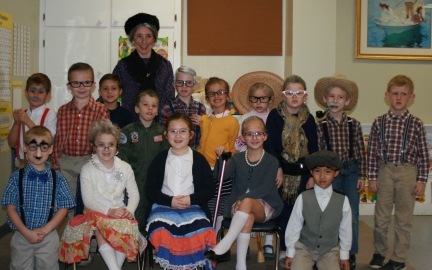 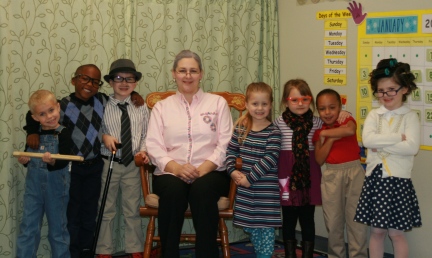 Paul David Tripp offers some soul-stirring counsel about hope as we begin a new year. I hope it is an encouragement for you, as it was for me.

If you pay attention to the way we speak and the way we act, we’re always hoping for something.

As human beings, we hope. It’s our default setting. We attach our security and our sense of peace and rest to something every day. The question is not whether we hope, but what holds our hope.

I want to give you five principles about hope as we kick off 2016. I “hope” this devotional will help shape the way you think about your life in the new year.

1. You Hope In Something.

You could argue that the life of a human being is propelled by hope. From the little momentary hope of the young child for a new toy to the profound hope of the adult for meaning and purpose, we all hope. We all place our hope in someone or something, and we ask that person or that thing to deliver something to us.

3. Most Of Our Hopes Disappoint.

We all do it: we place our hope in things in this fallen world that simply can’t deliver. Your spouse can’t make you happy. Your job won’t make you content. Your possessions can’t satisfy your heart. Your physical health won’t give you inner peace. Your friends can’t give you meaning and purpose. When our hopes disappoint us, it’s a sign that we’ve put our hopes in the wrong things.

4. There Are Only Two Places Of Hope.

The theology of hope is quite simple – there are only two places to put your hope. You rest the hope of your life in the hands of the Creator or you look to the creation for hope. We’ve been exchanging the truth about God for a lie and worshipping and serving the creation rather than the Creator since the Fall.

When you hope in the Lord, you not only hope in the One who created and controls the universe, but also in One who is glorious in grace and abounding in love. No one can satisfy like Jesus. No one can bring rest like the Father. Only the Sovereign King provides an unshakeable foundation for hope.

So as you begin 2016, remember that you’re always hoping. Be aware of the false hopes that try to distract your soul, and run to Jesus. Only He provides hope both now and forever more!

Regents Academy has a new promotional video. What exactly should a Christian school do? 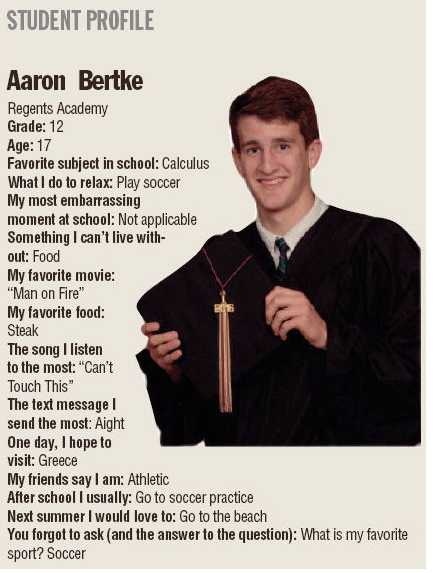