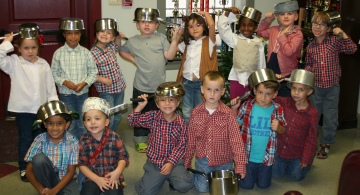 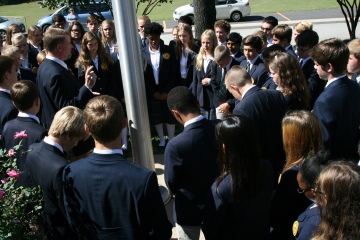 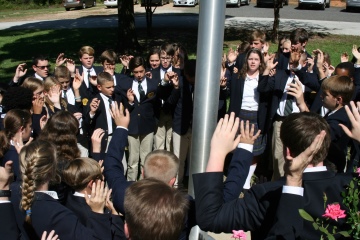 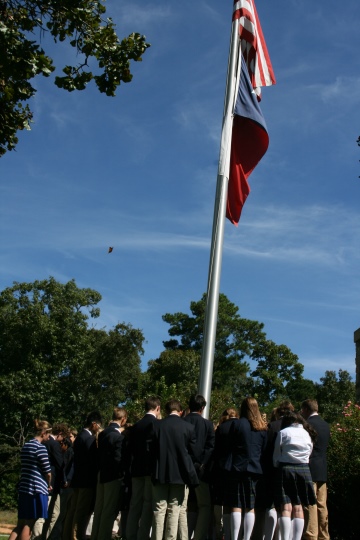 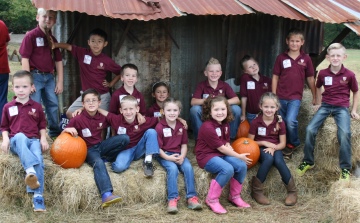 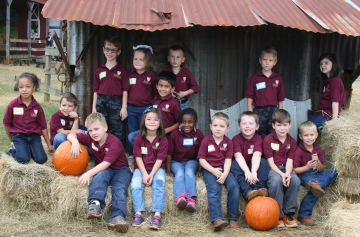 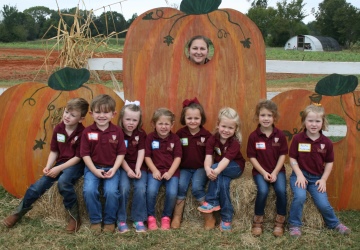 The KPrep and kindergarten classes celebrated the 50th day of school in style. 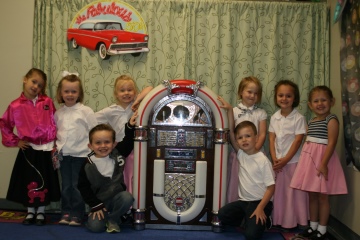 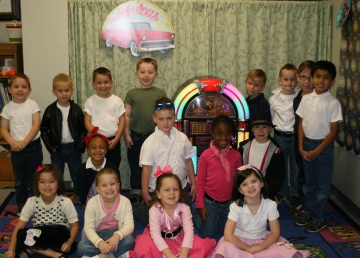 Didn’t we just have an election? The kindergarten class sponsored another election in early November: peppermints or smarties?

Wonder if it was a shocking outcome? 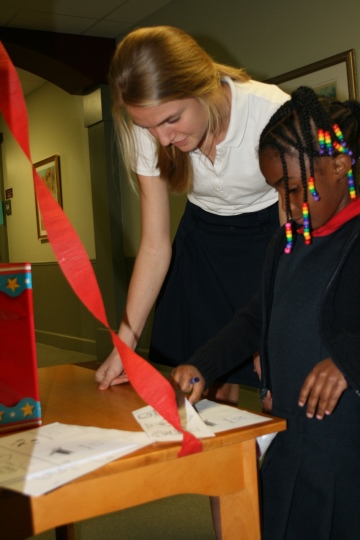 And thank you, Regents family, for raising more than $1,000 for the library. Great job! Now, go enjoy those books … 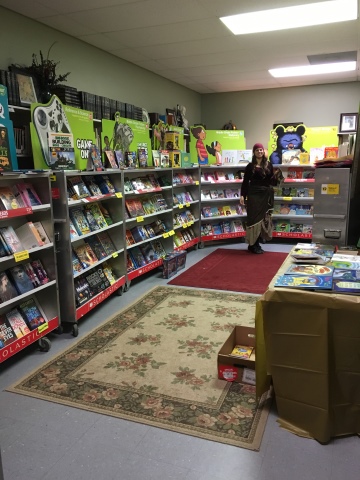 A quote by C.S. Lewis, from Mere Christianity:

If I find in myself a desire which no experience in this world can satisfy, the most probable explanation is that I was made for another world. Probably earthly pleasures were never meant to satisfy it, but only to arouse it, to suggest the real thing. If that is so, I must take care, on the one hand, never to despise, or be unthankful for, these earthly blessings, and on the other, never to mistake them for the something else of which they are only a kind of copy, or echo, or mirage. I must keep alive in myself the desire for my true country, which I shall not find till after death; I must never let it get snowed under or turned aside; I must make it the main object of life to press on to that other country and help others do the same.

Once upon a time, but not that long ago, a there was a backwoodsman who lived and worked in a very isolated forest where he chopped down trees with an axe for a living. One day the woodsman bumped into a fellow from the city who took him into town to a hardware store and the city slicker showed him device that he said would increase his productivity and profit a 500%. He said if you normally chop down five trees in one day, with this new thing, you will chop down fifty. So he bought it.

The woodsman could hardly wait for the next day to arrive. As soon as the sun was up, he was out in the woods whittling away at his first tree. He worked and he worked, and he sweated and sweated. But by lunch time, he had only made it half way through one tree. He thought to himself, “this afternoon, things will go better.” By the end of the day, however, he had only chopped down two trees. Normally he could take care of five. Frustrated, disappointed and even angry, he resolved to work even harder the next day. But the results were pretty much the same. So were the emotions.

On the third day, he thumbed a ride into town, and went to the hardware store where he had gotten this new fangled device that was suppose to help him be so much more productive, and asked to speak to the manager. He told the manager that this thing he got from them didn’t work and that it wasn’t any good.

So the manager asked to see it, examined it carefully, checked its chain, made sure it fit snuggly on its guide, examined the fuel mixture and level, and its moving parts. Everything looked fine. Then manager said to the woodsman, “Stand back and I’ll test it.” The woodsman, unsure about what he meant, obeyed nonetheless. The manager pulled the starter cord with a jerk and the device made a loud, roaring noise: voovoom, voovoom! The woodsman, shocked at what he heard, yelled out in surprise: “What’s that noise?”

You see, the device was a chain saw, but woodsman didn’t know what it was or how it worked. He had a great new tool, but he didn’t know how to use it. Since he didn’t know anything about the tool or how to use it, all he experienced was frustration, difficulty and discouragement in his work at felling trees. Similarly, if a plumber doesn’t know how to use his wrenches and pliers, he’ll have a very hard time fixing a leaky faucet. If a carpenter doesn’t know how to wield his hammer and saw, he will find it very difficult to build a house. So it is for many students and school. If don’t know how to use their intellectual tools, it’s terribly hard to learn and get an education. As a result, education and schoolwork is nothing but difficult, frustrating, and discouraging. Because we have lost the tools of learning, going to school and trying to learn is just about as painful as a root canal.

Naugle then relates, “About 60 years ago, a woman named Dorothy Sayers (1893-1957) recognized this problem and in 1947 wrote one of the most important essays on education in the 20th century titled, ‘The Lost Tools of Learning.’”

One of the best things you can do for your child’s education is to read Mrs. Sayers’s essay. Just Google “The Lost Tools of Learning,” and it will be easy to find. Why does Regents Academy exist? The problem and solution Dorothy Sayers articulates in her essay gives the answer. What do you need to know to help your child succeed in his or her education? Again, I can’t urge you strongly enough to go get this essay and read it.