Skip to content
Home » Regents Blog » classical education » What Were You Looking For? 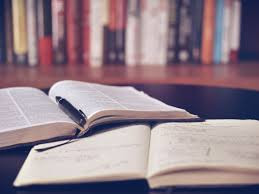 Here’s a good word from a friend, Headmaster Ron Gilley, from Trinitas Christian School in Pensacola, Florida. I hope that if you haven’t already made the same discovery he did, you will one day.

What Were You Looking For?

The truth of the matter is, we had two things in mind for our children: safety and the best education our town had to offer. Our motives were similar to those of most parents, I think. It is a pretty safe bet that we all want our children in a safe and nurturing environment, and most would agree that a good education is important. At that time, though, we weren’t thinking about education as something that molds virtue into young people as they grow. We were thinking about the kind of education that would help our children get into good colleges so they could get good jobs. As time wore on, however, we began to see that not only was this classical Christian education backing up everything we were trying to do with our children at home, it was also taking them further in some ways than we ever could have taken them alone.

Even in the early years of Grammar School our boys were learning about events and characters from history and literature and the Bible that we had been robbed of in our own education. Their learning about these events and characters and biblical principles was challenging what we knew about the world and even challenging who we were. We embraced the challenges and began to learn alongside our boys, to read books we never knew existed, to dig deeper into Scripture, and to challenge our own shallow assumptions about God. We were amazed at the precision of thought our boys had acquired by the time they had worked their way through the Logic School. They were beginning to question what they saw in the world and to make arguments for and against. In the Rhetoric School, they began to mature in every way. Their thought processes began to be informed by more than just logic, more than simply winning an argument. It was as if they began to slowly realize that some questions were so big that the argument could never be won for either side in this life. They became gracious, aware of the fact that they could do nothing to save themselves, that they were dependent upon Christ. And this way of thinking began to shape the way they viewed others. They began to mature into young men who saw this life as something far more important than a time and place to chase what the world, indeed what their own parents only fourteen years earlier, would call success.

My boys are far from perfect, but they are headed in the right direction in many ways as are thousands of classically trained students who graduate every year. What’s more is that the journey our family has taken through classical education, an unexpected journey to be sure, has left us with a very different reward from the one we set out to get, and a far better one. Oh sure, getting into good colleges hasn’t been a problem, but it’s no longer the primary goal. I don’t know what you were looking for when you first came to our school, but I can promise you this: if you open yourself up to the process of classical education, to the goodness of being marinated in God’s holy Word and learning to view all of creation through it, then your reward will be great, even it is different from the one you set out in search of.