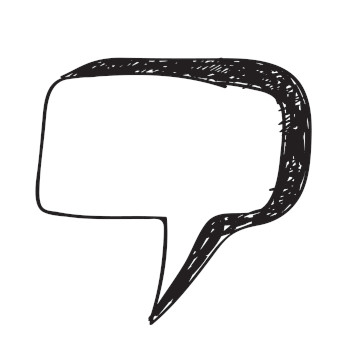 Paul David Tripp, in his weekly devotional Wednesday’s Word, recently wrote about “A Little Conversation That Turned Ugly,” and his words are quite helpful guidance for dealing with conflict. In fact, his counsel applies to all of us, pointing us toward how to deal first with our own sin, whether that sin involves words or actions or attitudes. I encourage us all to hear Mr. Tripp and, for the sake of honoring the Lord and living in peace, take his words to heart.

It was one of those conversations when afterward you are confronted with the sin that still lives inside you. Can you relate?

It wasn’t a big deal in one way. Just a small conversation that had turned a bit ugly. It wasn’t a dramatic life-altering moment. It was in the privacy of my home with one of my family members.

But maybe that’s the point.

Perhaps it’s very important because that’s where I live every day. You see, you and I don’t live in a series of big, dramatic moments. We don’t careen from big decision to big decision. We all live in an endless series of mundane moments and little conversations.

So I knew I couldn’t back away from this little conversation that turned ugly. I knew I had to own my sin. But the minute I thought this, an inner struggle began.

“I wasn’t the only one at fault. If he hadn’t said what he said, I wouldn’t have become angry. I was actually pretty patient for much of the conversation.” These were some of the arguments I was giving myself.

Rather than appealing to the mercy of the Lord in the face of my sin, what I actually do instead is function as my own defense lawyer and present a list of arguments for my own righteousness.

Here’s the point. Before you can ever make a clean and unamended confession of your sin, you have to first begin by confessing your righteousness.

It’s not just your sin that separates you from God; your righteousness does as well. Because when you are convinced you are righteous, you don’t seek the forgiving, rescuing, and restoring mercy that can be found only in Jesus Christ.

So the next time you have a little conversation that turns ugly, don’t argue for your righteousness, shift the blame, or run away. Instead, appeal to the one thing in your life that’s sure and will never fail.

Leave the courtroom of your own defense, come out of hiding, and admit whom you are. But do so unafraid, because you’ve been personally and eternally blessed. Because of what Jesus did, God looks on you with mercy.