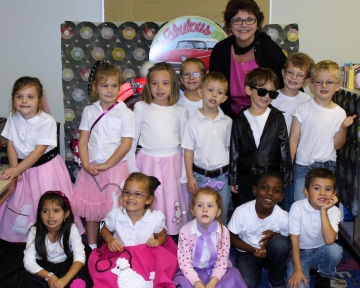 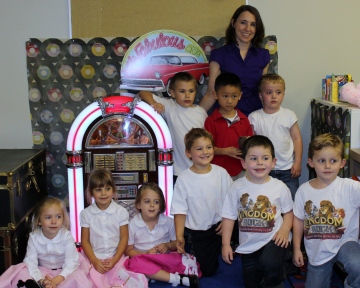 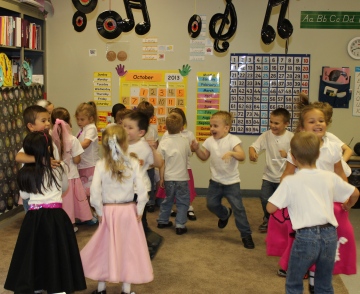 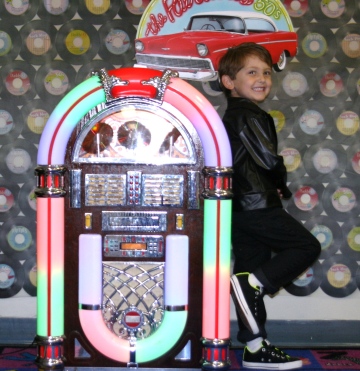 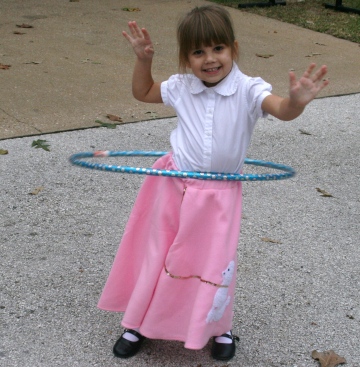 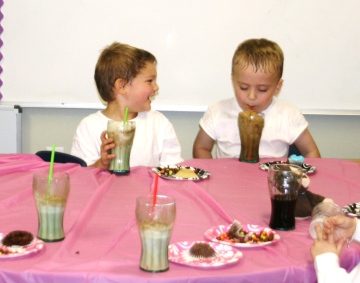 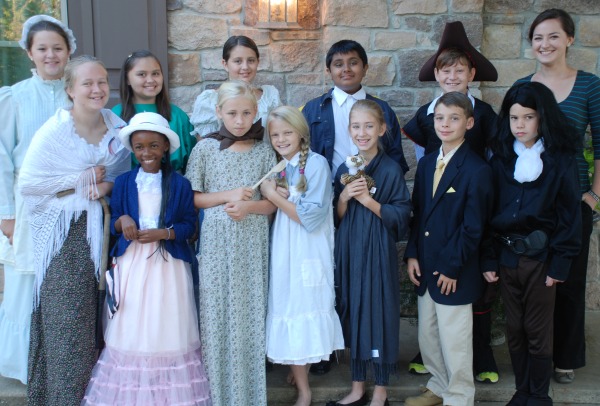 October is Meet the Blind Month, and Tuesday, October 15, was National White Cane Safety Day. This was a great opportunity for our youngest students to get to know the Regents Latin teacher, Mrs. Lara Sowell, who visited their classroom, read to them, and showed them her braille machine. Mrs. Sowell and Ashly Wells, who also read to the students, are members of the Lone Star chapter of the National Federation of the Blind of Texas. 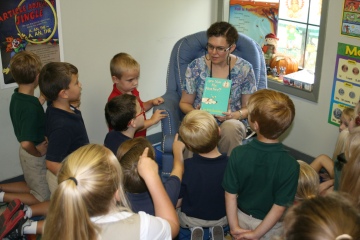 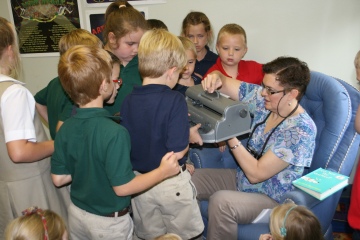 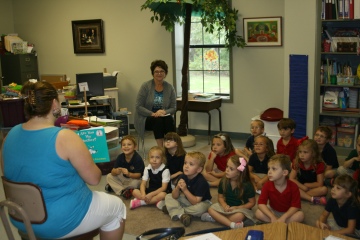 I stumbled upon a deliciously ironic “news” story from that most trusted of “news” outlets, The Onion, that pokes at contemporary parenting in an all-too-uncomfortable way. I’m sharing it with you here in the hope that it will give you the same chuckle it gave me. But I also hope that it will help you remember (in a bit of backhanded way) why you are sending your children to Regents Academy.

Increasing Number Of Parents Opting To Have Children School-Homed

Parents of school-homed children say they relish the extra time they are able to spend away from their kids.

WASHINGTON—According to a report released Monday by the U.S. Department of Education, an increasing number of American parents are choosing to have their children raised at school rather than at home.

Deputy Education Secretary Anthony W. Miller said that many parents who school-home find U.S. households to be frightening, overwhelming environments for their children, and feel that they are just not conducive to producing well-rounded members of society.

Thousands of mothers and fathers polled in the study also believe that those running American homes cannot be trusted to keep their kids safe.

“Every year more parents are finding that their homes are not equipped to instill the right values in their children,” Miller said. “When it comes to important life skills such as proper nutrition, safe sex, and even basic socialization, a growing number of mothers and fathers think it’s better to rely on educators to guide and nurture their kids.”

“And really, who can blame them?” Miller continued. “American homes have let down our nation’s youth time and again in almost every imaginable respect.”

According to the report, children raised at home were less likely to receive individual adult attention, and were often subjected to ineffective and wildly inconsistent disciplinary measures. The study also found that many parents expressed concerns that, when at home, their children were being teased and bullied by those older than themselves.

In addition to providing better supervision and overall direction, school-homing has become popular among mothers and fathers who just want to be less involved in the day-to-day lives of their children.

“The terrifying reality we’re facing is that the worst-equipped people you could possibly imagine may actually be forced to take care of their children,” Miller said.

Parents who have decided to school-home their children have echoed many of Miller’s concerns. Most said that an alarming number of legal guardians such as themselves lack the most basic common sense required to give children the type of instruction they need during crucial developmental years.

“It’s really a matter of who has more experience in dealing with my child,” Cincinnati- resident Kevin Dufrense said of his decision to have his 10-year-old son Jake, who suffers from ADHD and dyslexia, school-homed. “These teachers are dealing with upwards of 40 students in their classrooms at a time, so obviously they know a lot more about children than someone like me, who only has one son and doesn’t know where he is half the time anyway.”

“Simply put, it’s not the job of parents to raise these kids,” Dufrense added.

Though school-homing has proven to be an ideal solution for millions of uninvolved parents, increasingly overburdened public schools have recently led to a steady upswing in the number of students being prison-homed. 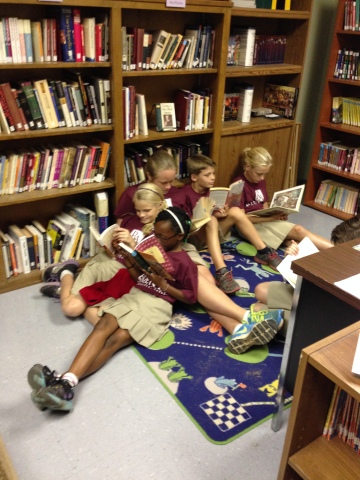 A huge congratulations to the Regents Junior High Soccer team and Coach Rick Bertke for placing second in the CSAC soccer tournament.

The team played three times last Thursday, winning the first game 6-1 and the second game 4-2 in overtime, and then coming close in the championship game with a score of 2-0.

The team played hard and played together. Great job, Eagles! 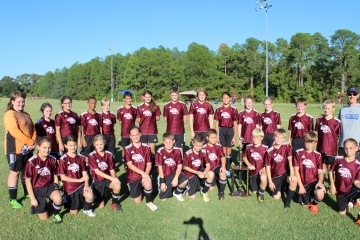 Mr. Vermillion’s and Mrs. Alders’s 6th grade class enjoyed a North American feast after studying North America in their geography class. From chili to gumbo to cheese fries to corn on the cob to to Chicago-style pizza to Boston creme pie and peanut butter cookies, it was a delicious, if not exotic, meal. 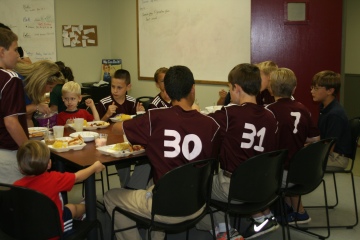 “If we work upon marble, it will perish; if we work upon brass, time will efface it; if we rear temples, they will crumble into dust; but if we work upon immortal minds, if we imbue them with principles, with just fear of God and love of our fellowmen, we engrave on those tablets something which will brighten all eternity.” — Daniel Webster (1782 – 1852)

“Education comprehends all that series of instruction and discipline which is intended to enlighten the understanding, correct the temper, and form the manners and habits of youth, and fit them for usefulness in their future stations. To give children a good education in manners, arts and science, is important; to give them a religious education is indispensable; and an immense responsibility rests on parents and guardians who neglect these duties.” — Noah Webster’s 1828 Dictionary’s entry “education”

“I am more indebted to my father for my classical education than all the other luxuries his cares and affections placed within my reach.” — Thomas Jefferson (1743-1826)

Mrs. Susan Aikin, from the Daughters of the Republic of Texas, visited the 4th grade classroom to share the DRT’s Trunk Show, highlighting important moments in Texas history.

All three guests were returning to Regents after several previous visits. Thank you, friends, for sharing your love of learning with our students! 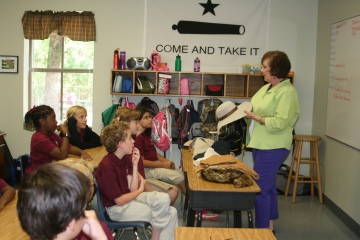 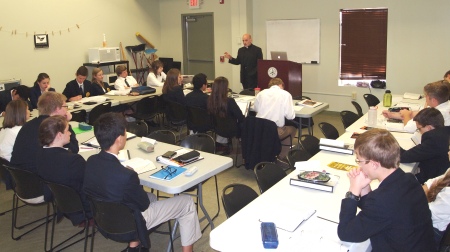 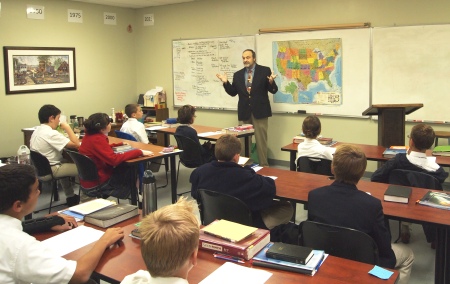 Our three wonderful seniors helped serve Butter Braid samples during drop off this morning. Sales begin today and raise much-needed funds for our school. Thank you, seniors (and seniorita)! 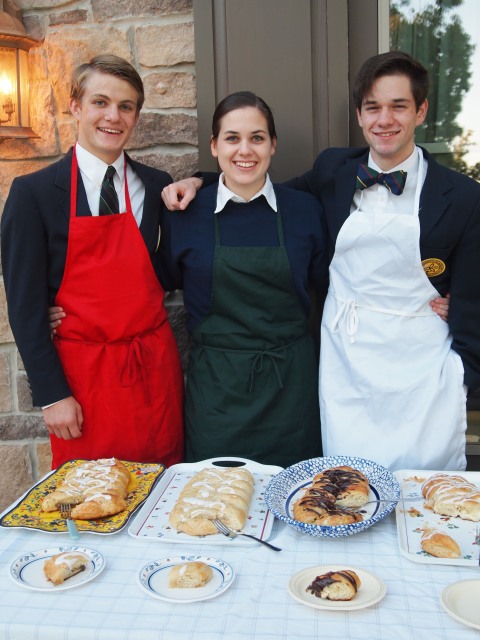