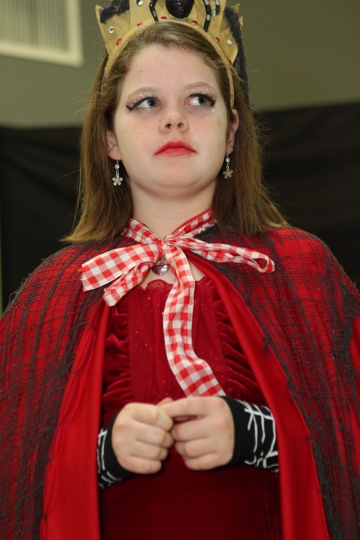 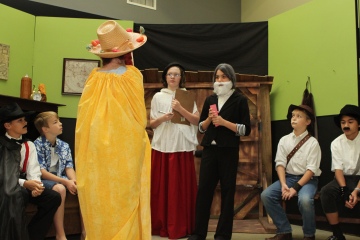 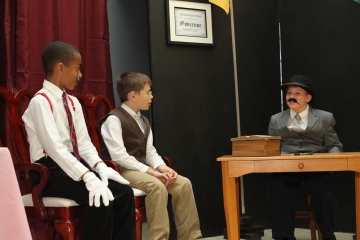 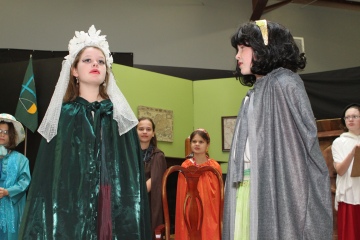 You made it, KPrep and Mrs. Duke! 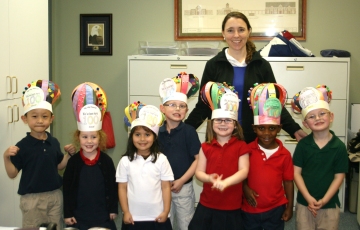 Only 2,420 days till high school graduation.

What is classical education?

Andrew Kern famously defined classical education as “the cultivation of wisdom and virtue by nourishing the soul on truth, goodness, and beauty.” He adds, “It must be distinguished from training for a career, which is of eternal value but is not the same thing as education.”

It is very hard for us to distinguish real education from career training because our pragmatic minds find it very difficult to see the value of learning that doesn’t land a better job or a bigger salary. And furthermore, we find it hard to see the value of studying the humanities, when the future seems to lie in science, technology, engineering, and math. Yet it is classical education that truly prepares us to be wise and virtuous human beings, able to learn and ready to succeed in the contemporary world.

Let me share with you the story of former computer programmer and current Google in-house philosopher Damon Horowitz, who quit his career in technology in order to pursue a graduate degree in philosophy (“From Technologist to Philosopher: Why you should quit your technology job and get a Ph.D. in the humanities”). It’s yet another case of contemporary needs leading us back to classical education. The entire story appears in the Chronicle of Higher Education (July 2011) – and I encourage you to go read the whole article – but here is the last part of the article, which I hope teases your mind enough to lead you to go read the whole thing.

I see a humanities degree [not the same thing as classical education, but the humanities, if they are taught rightly, overlap with the content of classical education — DB] as nothing less than a rite of passage to intellectual adulthood. A way of evolving from a sophomoric wonderer and critic into a rounded, open, and engaged intellectual citizen. When you are no longer engaged only in optimizing your products—and you let go of the technotopian view—your world becomes larger, richer, more mysterious, more inviting. More human.

Even if you are moved by my unguarded rhapsodizing here, no doubt you are also thinking, “How am I going to pay for this?!” You imagine, for a moment, the prospect of spending half a decade in the library, and you can’t help but calculate the cost (and “opportunity cost”) of this adventure.

But do you really value your mortgage more than the life of the mind? What is the point of a comfortable living if you don’t know what the humanities have taught us about living well? If you already have a job in the technology industry, you are already significantly more wealthy than the vast majority of our planet’s population. You already have enough.

If you are worried about your career, I must tell you that getting a humanities Ph.D. is not only not a danger to your employability, it is quite the opposite. I believe there no surer path to leaping dramatically forward in your career than to earn a Ph.D. in the humanities. Because the thought leaders in our industry are not the ones who plodded dully, step by step, up the career ladder. The leaders are the ones who took chances and developed unique perspectives.

Getting a humanities Ph.D. is the most deterministic path you can find to becoming exceptional in the industry. It is no longer just engineers who dominate our technology leadership, because it is no longer the case that computers are so mysterious that only engineers can understand what they are capable of. There is an industrywide shift toward more “product thinking” in leadership—leaders who understand the social and cultural contexts in which our technologies are deployed.

Products must appeal to human beings, and a rigorously cultivated humanistic sensibility is a valued asset for this challenge. That is perhaps why a technology leader of the highest status—Steve Jobs—recently credited an appreciation for the liberal arts as key to his company’s tremendous success with their various i-gadgets.

It is a convenient truth: You go into the humanities to pursue your intellectual passion; and it just so happens, as a by-product, that you emerge as a desired commodity for industry. Such is the halo of human flourishing.

This seems obvious, yet most of us live hectic lives filled with interruptions, both large and small, and we grow accustomed to disorderliness and even breed it ourselves. Digital devices don’t do us any favors either. How many times a day do you pause to check a message or email or answer the phone? And then you have no idea what you were just doing or what came next. Ever tried to do homework while watching TV? Interruptions are a part of life, but minimizing them ought to be our goal when it comes to helping our children to do their best.

A recent study by Michigan State University confirms what we all know to be true: more interruptions means more errors and poorer work. You can read the story here.

Short interruptions – such as the few seconds it takes to silence that buzzing smartphone – have a surprisingly large effect on one’s ability to accurately complete a task, according to new research led by Michigan State University.

The study, in which 300 people performed a sequence-based procedure on a computer, found that interruptions of about three seconds doubled the error rate.

Brief interruptions are ubiquitous in today’s society, from text messages to a work colleague poking his head in the door and interrupting an important conversation. But the ensuing errors can be disastrous for professionals such as airplane mechanics and emergency room doctors, said Erik Altmann, lead researcher on the study.

“What this means is that our health and safety is, on some level, contingent on whether the people looking after it have been interrupted,” said Altmann, MSU associate professor of psychology.

The study, funded by the U.S. Navy’s Office of Naval Research, is one of the first to examine brief interruptions of relatively difficult tasks. The findings appear in the Journal of Experimental Psychology: General.

Study participants were asked to perform a series of tasks in order, such as identifying with a keystroke whether a letter was closer to the start or the end of the alphabet. Even without interruptions a small number of errors in sequence were made.

Sometimes participants were interrupted and told to type two letters – which took 2.8 seconds – before returning to the task. When this happened, they were twice as likely to mess up the sequence.

Altmann said he was surprised that such short interruptions had a large effect. The interruptions lasted no longer than each step of the main task, he noted, so the time factor likely wasn’t the cause of the errors.

“So why did the error rate go up?” Altmann said. “The answer is that the participants had to shift their attention from one task to another. Even momentary interruptions can seem jarring when they occur during a process that takes considerable thought.”

One potential solution, particularly when errors would be costly, is to design an environment that protects against interruptions. “So before you enter this critical phase: All cell phones off at the very least,” Altmann said.

The lessons are many, and the applications to the classroom (and the homework room) are sure: fewer interruptions means more and better learning.

The 4th, 7th and 8th grade classes experienced a “taste” of history last Thursday as they enjoyed a sumptuous Medieval Feast, complete with costumes, decorations, and Medieval food, games,  and entertainment. Mr. Vermillion and Mrs. Terrell, along with parents Jolene Monlezun, Elsa Jordan, and Christie Rasberry, planned, decorated, and led the activities. 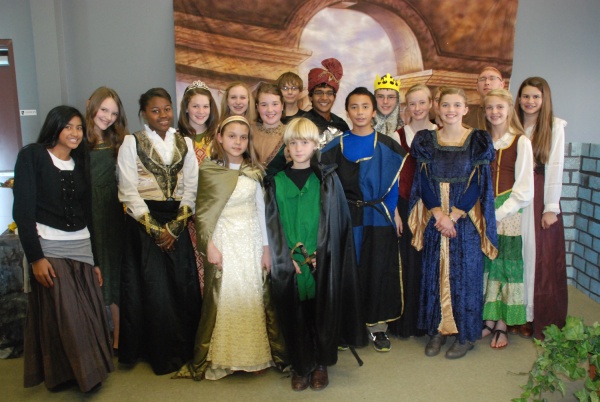 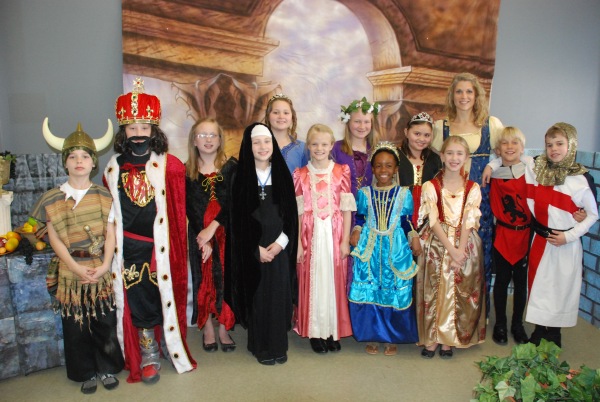 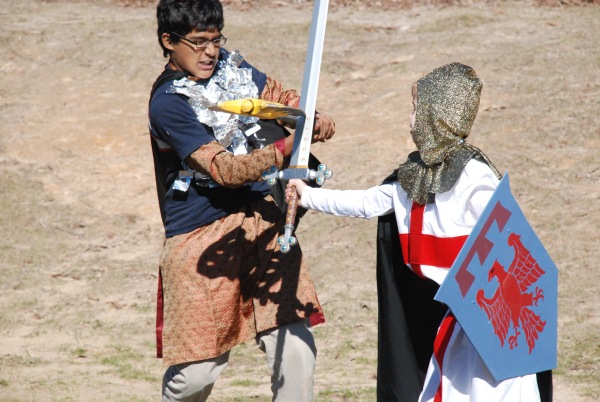 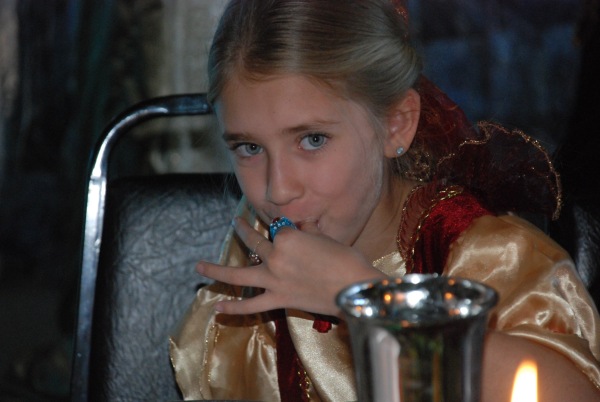 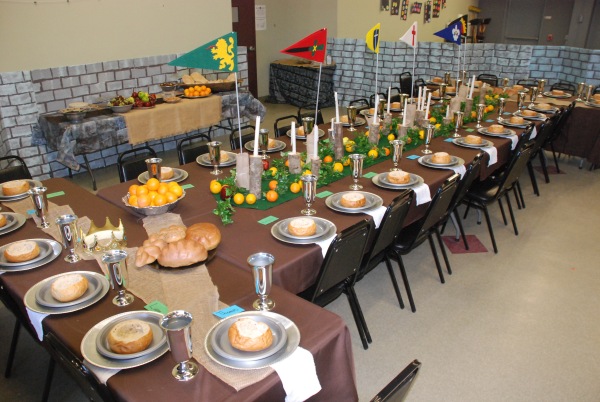 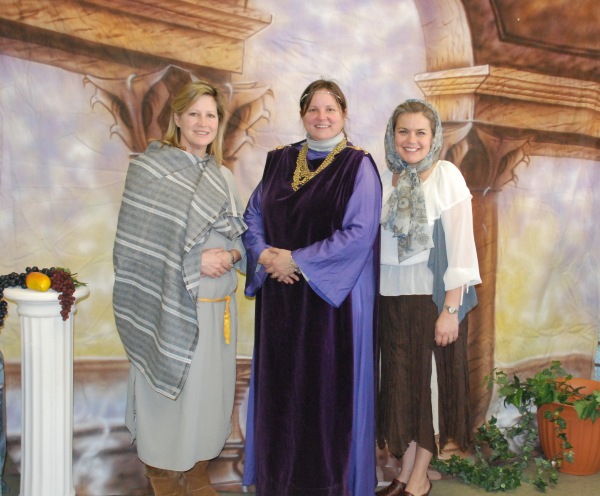 A new tradition at Regents Academy — the Christmas Cup. This year the 5th and 6th grade classes competed on the last day of school before Christmas. At the end of the match the 5th graders walked away victorious, but both classes gave it their all. 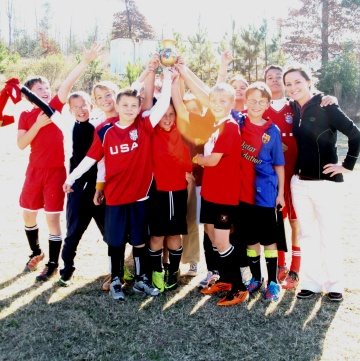 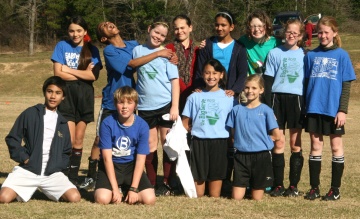 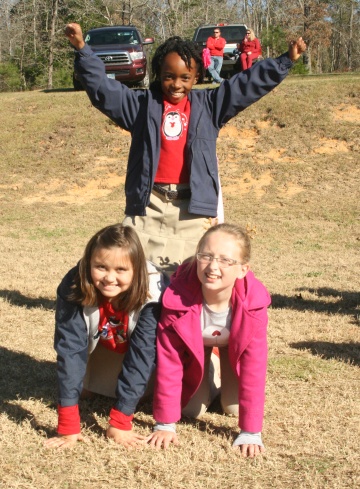 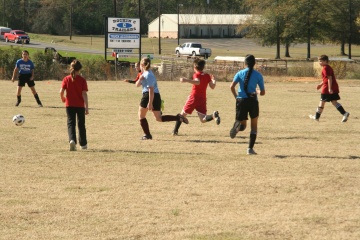 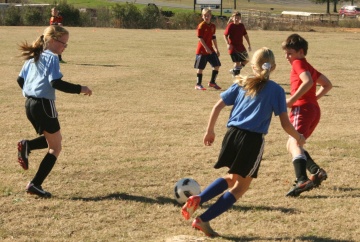 Being selected for the All-Region Orchestra is a great honor that requires a great deal of work, and the students and their families are certainly to be commended. Great job, students! 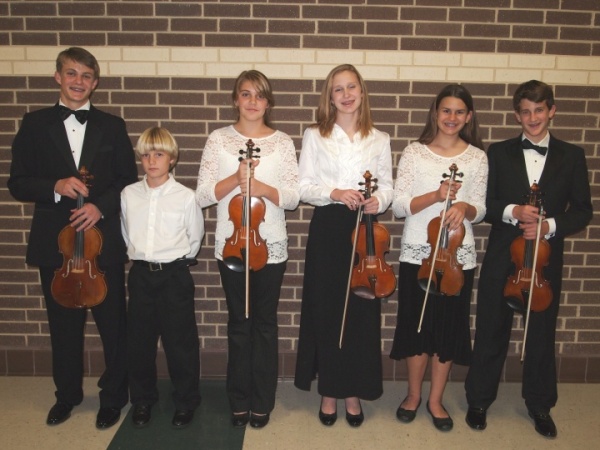