Students in Regents Academy’s junior high and high school science classes learn through hands-on experiments in the science lab. Regents is very blessed to have such well-equipped lab facilities. We are also thankful for Dr. Mark Sowell’s many contributions to our science lab program.

Students below are building a rocket that they launched a few days later as part of  their Accelerated Studies in Physics and Chemistry class. Other students below in the physics class weighed materials and boiled water as a part of their experiment. 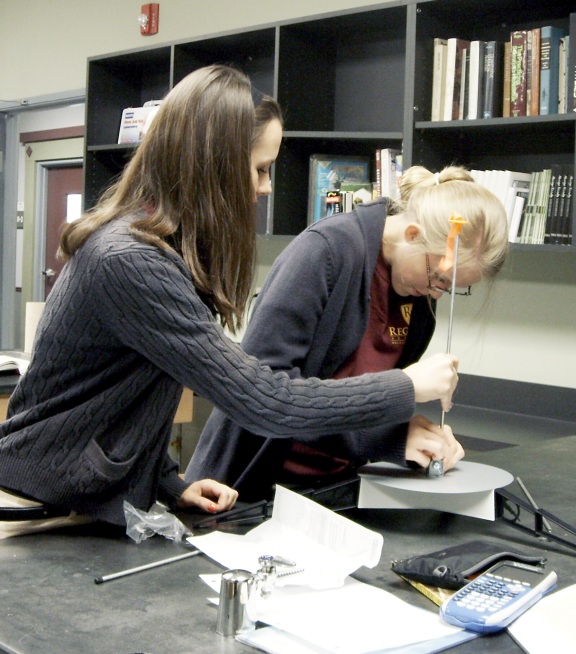 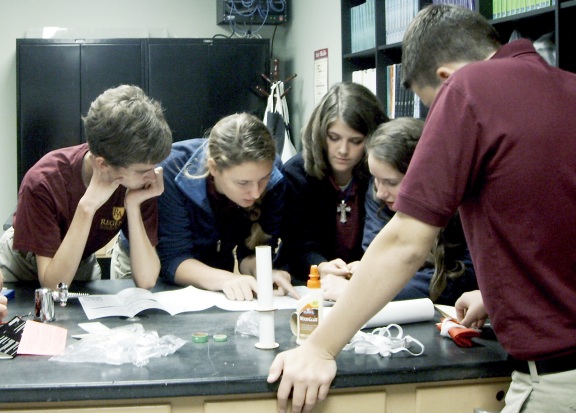 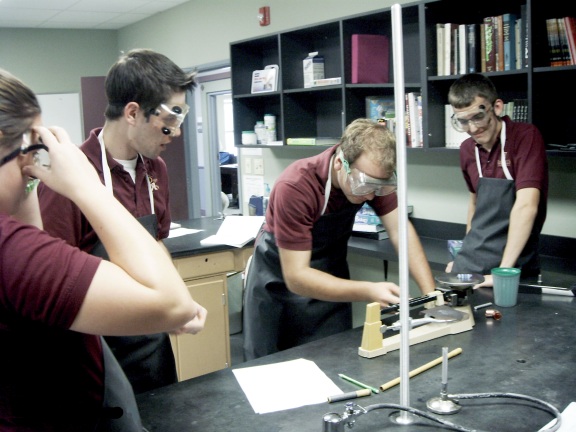 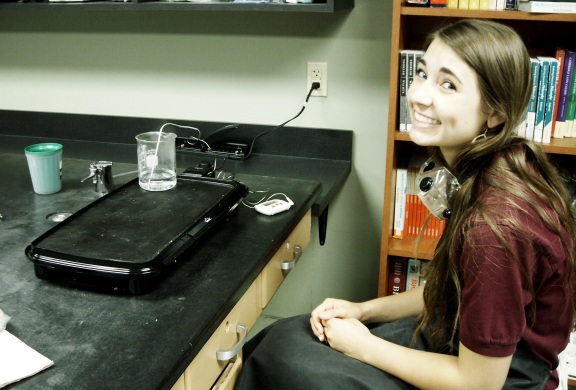 The KPrep and Kindergarten classes celebrated their 50th day of school with a ’50s celebration. 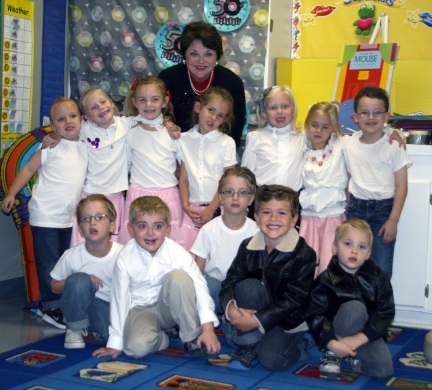 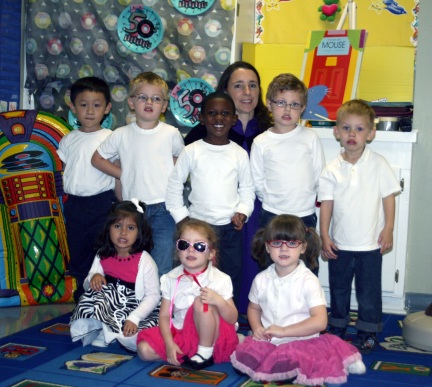 Many thanks to our fantastic Cross Country coach, Dr. Tim Young, who is pictured below with the team: Sam Alders, Tim Marshall, Aaron Bryant, Caleb Henry, and Will Young. 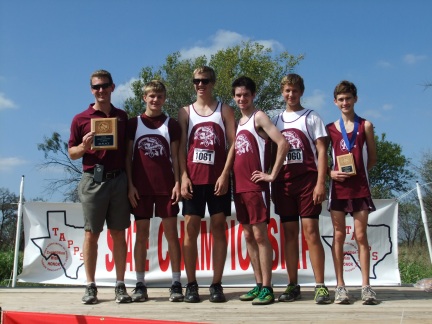 “The prejudice against careful analytic procedure is part of the human impatience with technique which arises from the fact that men are interested in results and would like to attain them without the painful toil which is the essence of our moral finitude.”  —Morris R. Cohen

“There is no expedient to which a man will not resort to avoid the real labor of thinking.”  —Sir Joshua Reynolds
“Logic has made me hated by the world.”  —Peter Abelard
Share this:

Mrs. Terrell’s 4th grade class went on a field trip to Martin Dies Jr. State Park on October 10 and enjoyed a nature walk, collected bugs, and heard from park officials about critters large and small. The 4th grade class studies insects and birds in science and observed many of the animals they are learning about this year. 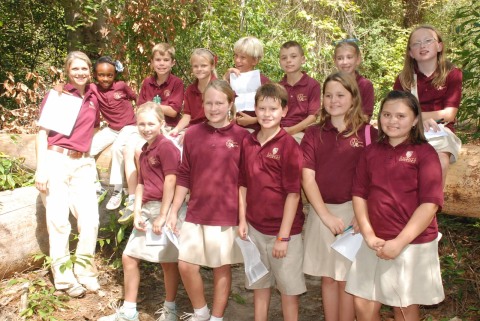 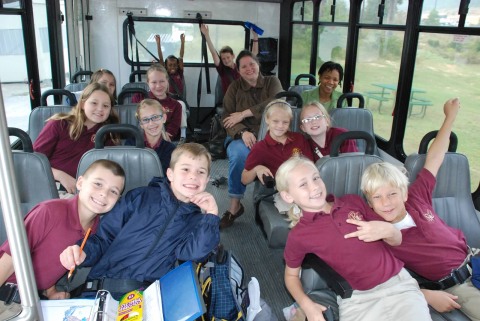 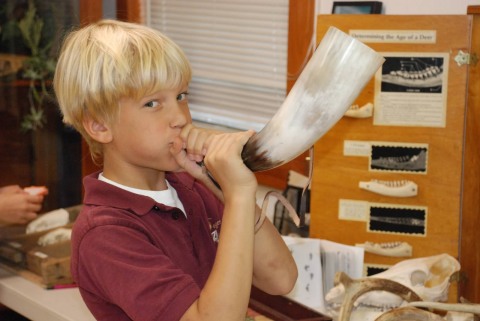 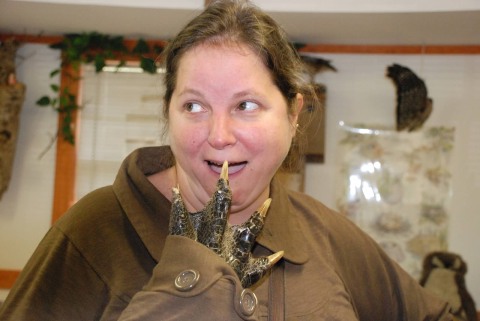 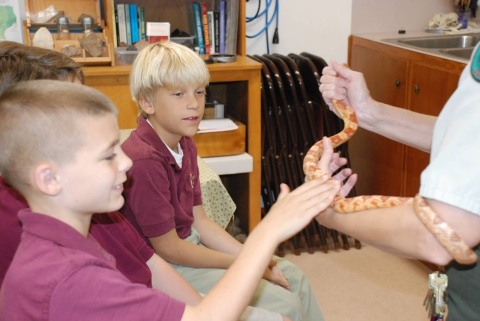 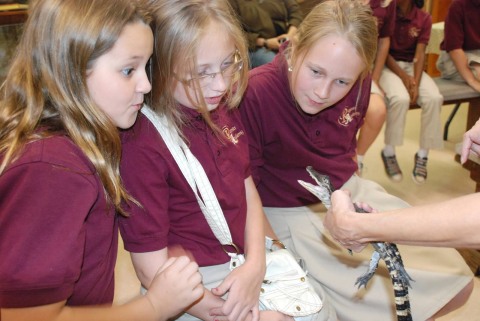 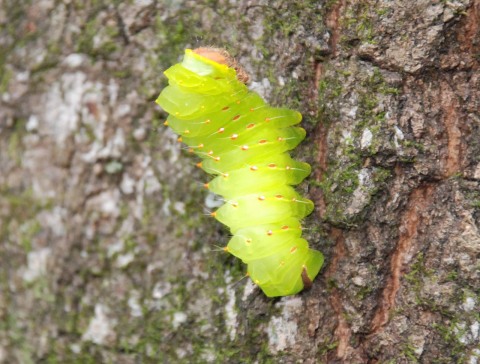 Thanks to our dedicated and hardworking parents who put together our Harvest Hoedown last Friday and to New Hope Church for hosting us. Students, parents, teachers, and friends all had a riproarin’ good time! 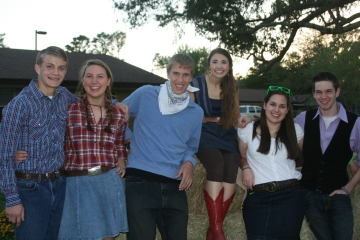 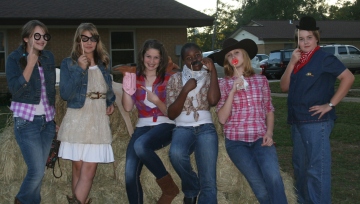 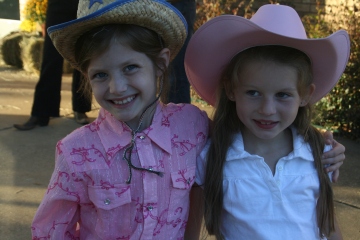 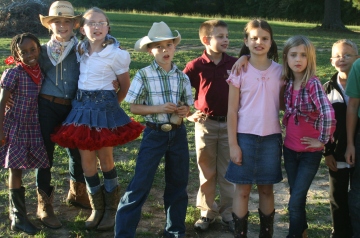 We are accustomed to explaining classical education as a three-stage educational method that guides students through the Trivium of grammar, logic, and rhetoric as their abilities mature. But classical education is much more than a pattern of learning. Author Susan Wise Bauer fleshes out another crucial aspect of classical education that is a major part of what we do at Regents Academy. She explains:

Classical education is language-focused; learning is accomplished through words, written and spoken, rather than through images (pictures, videos, and television). Why is this important? Language-learning and image-learning require very different habits of thought. Language requires the mind to work harder; in reading, the brain is forced to translate a symbol (words on the page) into a concept. Images, such as those on videos and television, allow the mind to be passive. In front of a video screen, the brain can “sit back” and relax; faced with the written page, the mind is required to roll its sleeves up and get back to work. A classical education, then, has two important aspects. It is language-focused. And it follows a specific three-part pattern: the mind must be first supplied with facts and images, then given the logical tools for organization of facts, and finally equipped to express conclusions. But that isn’t all. To the classical mind, all knowledge is interrelated. Astronomy (for example) isn’t studied in isolation; it’s learned along with the history of scientific discovery, which leads into the church’s relationship to science and from there to the intricacies of medieval church history. The reading of the Odyssey leads the student into the consideration of Greek history, the nature of heroism, the development of the epic, and man’s understanding of the divine. This is easier said than done. The world is full of knowledge, and finding the links between fields of study can be a mind-twisting task. A classical education meets this challenge by taking history as its organizing outline — beginning with the ancients and progressing forward to the moderns in history, science, literature, art and music.

In short, we love books and all that they do for us and our children. We wholeheartedly believe in books and know that when students read books, they are educated in a way that cannot be replaced by videos and images. Let me give you this encouragement: make books a prominent part of the culture of your home. Read good books yourself, share them with your children, read them aloud, talk about the ideas you find in books, and foster a love for books in your children. That is something that we will both do that will reap a precious harvest of learning and love for truth, beauty, and goodness in our children.

Recently U.S. Secretary of Education Arne Duncan called for the nation’s schools to move as quickly as possible away from print textbooks toward digital ones. “Over the next few years, textbooks should be obsolete,” he said. In his remarks to the National Press Club on October 2, Duncan explained that moving toward digital textbooks is not just about keeping up with the times, but rather it is about keeping up with the world. South Korea, a country that regularly surpasses the U.S. in educational performance, has announced a plan to go all digital by 2015. “The world is changing,” Duncan declared. “This has to be where we go as a country.”

Should schools ditch paper and glue and go all digital?

Of course the tech-nerd in me says, “Obviously we should go digital. Digital stuff is cool.” But the cool factor aside, I believe that going all digital would be a big mistake.

First, I have to confess to being extremely skeptical when an educational policy-maker announces that more and better technology is the answer to our educational woes. It is the height of myopic wrongheadedness to assert that if we go digital, we will be able to solve the vexing problems facing the American education system, which by all accounts is terribly flawed.

Also, has Mr. Duncan considered the cost of going digital? I’m not speaking of the cost in dollars here either. I’m thinking about the cost to our children’s ability to think. There seems to be a real debate taking place in our culture about whether children’s immersion the world of digital devices and environments makes them smarter or dumber. At the very least, the jury is still out. Maybe it’s too soon to tell. Or then again maybe we already know.

In 1985 Neil Postman, in his book Amusing Ourselves to Death, asserted that television was dumbing people down, ruining their ability to think and devastating public discourse. He wrote that we had transitioned from the Age of Typography to the Age of Television, and the dominant mode of discourse had swung from rational, sequential thought to mindless, image-based entertainment. The medium always affects the message. Now that we have moved beyond the Age of Television to the Digital Age, we should be asking the same questions Postman asked: how does the medium of communication affect the message itself? If we and our children abandon the printed word, will we be better able to think and better able to learn? At the very least, we should counsel caution about embracing digital textbooks rather than embracing them with reckless abandon. When our children are immersed in the printed word and trained by teachers to think using books, they are shaped by a certain conditioning that prepares them for rational thought, sustained concentration, and critical thinking. But immersing them into a world of flitting images, interactive environments, and information overload seems better suited to training inattention and lack of concentration.

And then there are the supposed practical benefits of going all digital: savings, preparation for the digital world, flexibility. However, switching over to all-digital textbooks would undoubtedly be very expensive, even factoring in the savings that might accrue from not having to purchase replacement textbooks in the future. Will students be better prepared for the digital world outside of school if they are immersed in digital textbooks in school? Why can’t students still be prepared for a digital world even when toting books around in their backpacks? What if they are taught to think, to read critically, to turn pages and analyze the worldview of the author? Won’t they be better able to function in the real world after the fruit of that kind of training? From what I know about children and teenagers, they will have no problem becoming proficient at the digital stuff even when they have their noses in books at school.

I am proud to say that books – real books with paper and ink and glue – are an integral part of a student’s education at Regents Academy. Students enter other worlds through their pages, get carried away on the wings of a soaring imagination through them, and learn to think critically while reading and studying them. I use a Kindle and a smart phone. I surf the web every day. You can be pro-technology and also pro-book. I like to think I’m both. But there is a hallowed place for books that cannot be replaced by 1’s and 0’s on a glowing screen. 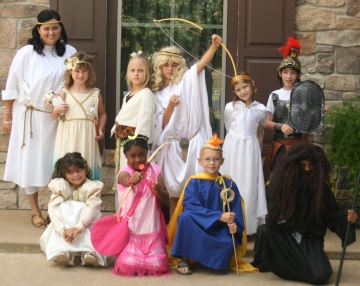 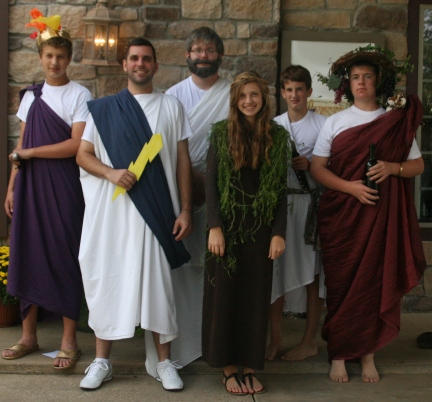 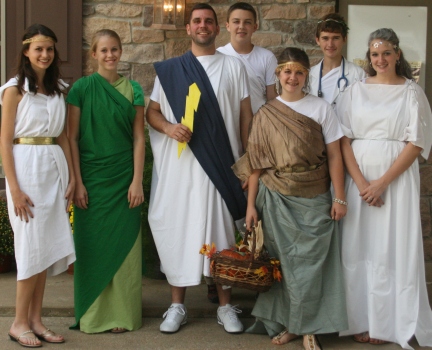 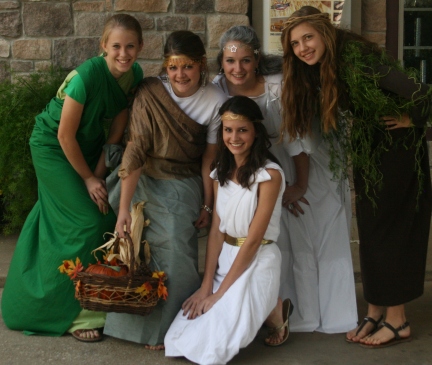 A big thank you to all the parents who helped make the feast such a wonderful event! 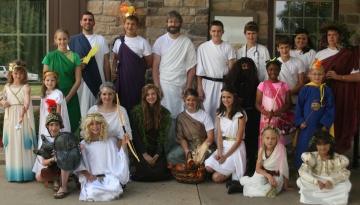