Congratulations to Wesley Young, son of Tim and Kelly Young, whose paper about the Battle of San Jacinto placed first in the 7th grade Texas history contest sponsored by the Nacogdoches Chapter of the Daughters of the Republic of Texas. Mrs. Suzanne Warlick, chapter president, presented certificates to all of the 7th graders who participated in this year’s contest.

Wesley’s paper won at the district level of competition and will go on to compete at the state level. 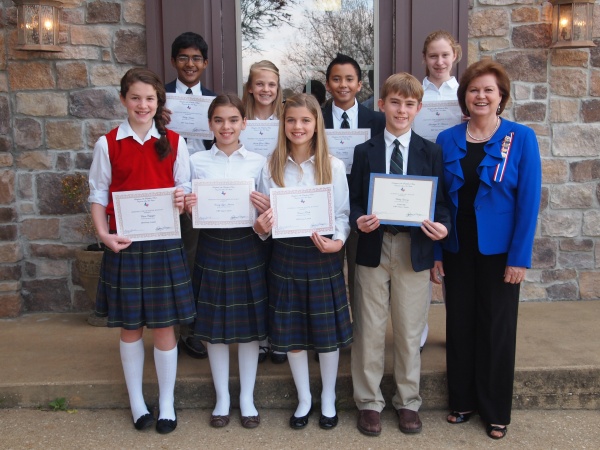 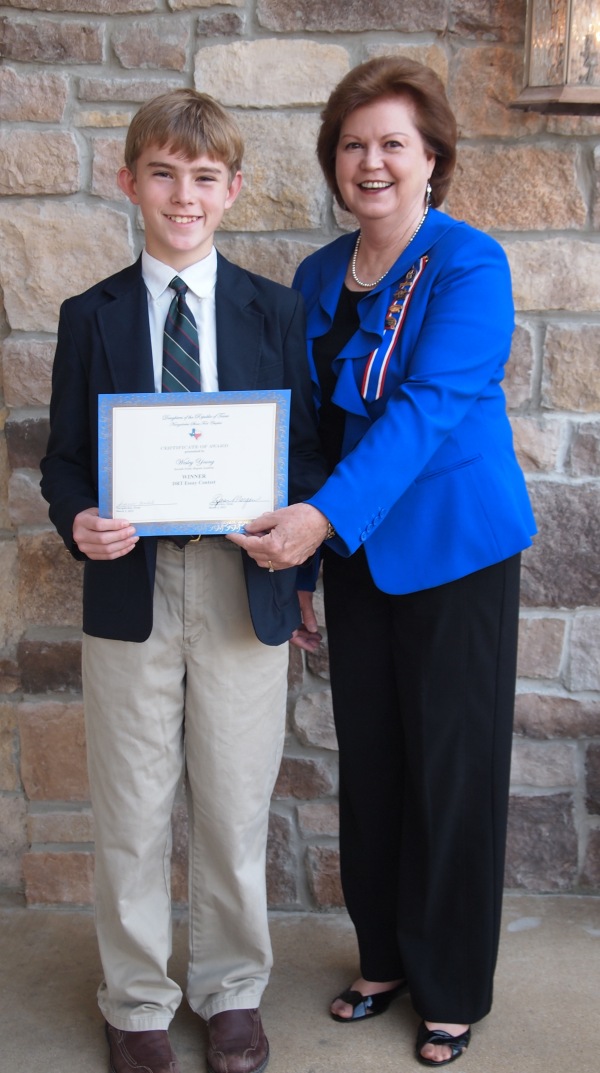 Logic is so powerful that it can be dangerous to life. Socrates, the father of philosophy, was literally martyred for being logical—by the city of Athens, the ancient world’s most “civilized” democracy. The Apology, Socrates’ “swan song,” is his defense of philosophizing, of his life of logical inquiry. It is one of the greatest speeches ever made. No one should be allowed to die without reading it.

Whether you use logic for right or wrong ends, it is a powerful tool. No matter what your thought’s end or goal or purpose may be, it will attain that end more effectively if it is clearer and more logical. Even if you want to do something with logic rather than let logic do something with you—even if you want to deceive others, or “snow” them, or toy with them—you need to know logic in order to be a successful sophist. You must be a real logician even to be a fake one. [Adapted from Peter Kreeft, Socratic Logic)