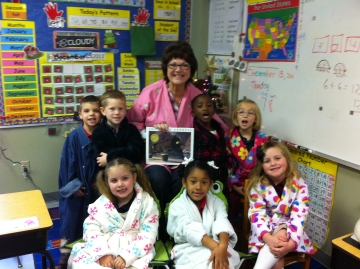 On December 15, Regents seniors shopped for Christmas presents for foster children with Azleway Children’s Service. The Regents school family donated almost $600, which made for quite a shopping spree. We thank the Lord for allowing us to be a blessing to others during the Christmas season!

Pictured below are Regents seniors with Mr. Bryant and Regents parent Liana Berry, and several of the Christmas gifts. 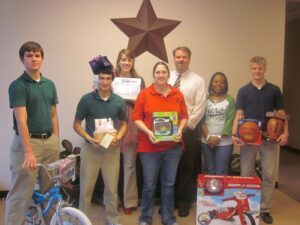 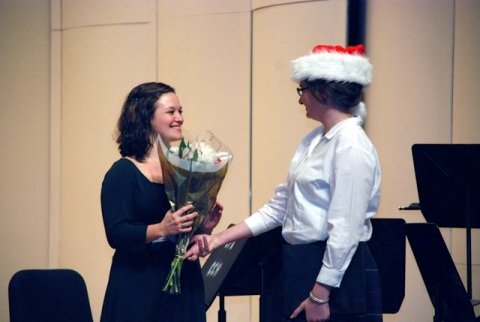 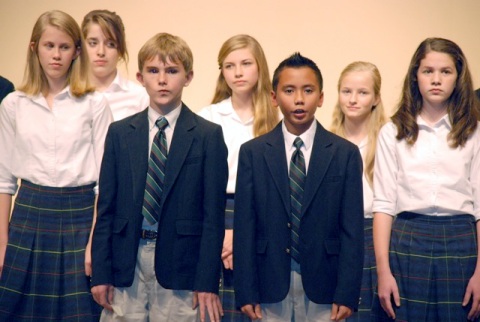 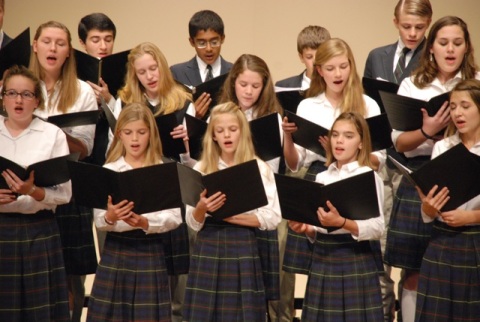 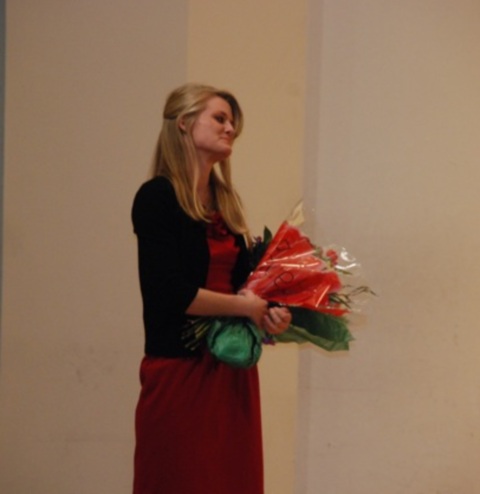 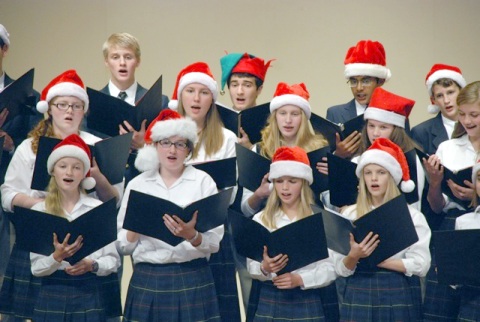 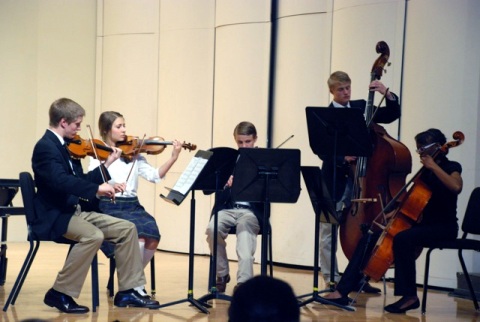 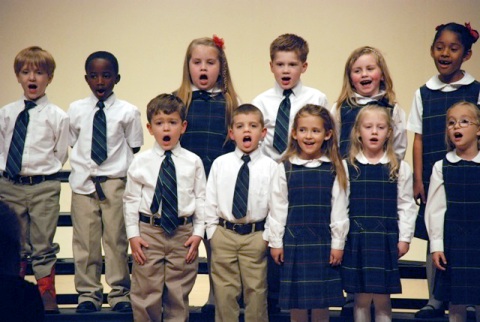 December 8 was Camp Laurence Day for the 6th grade class. The students have been reading Little Women, and they enjoyed a day of costumes, food, and croquet. Here are some pictures of the students and their teacher, Mrs. Kara Bertke. 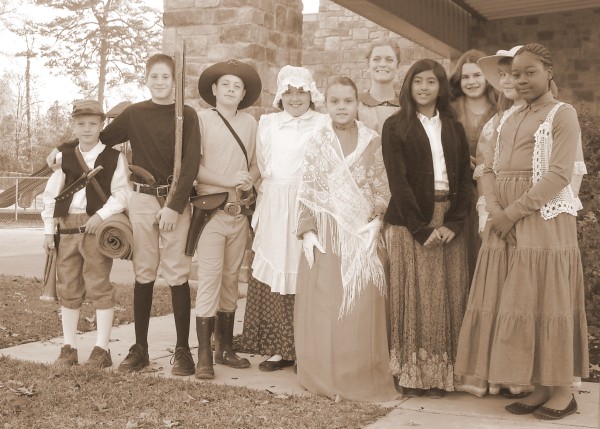 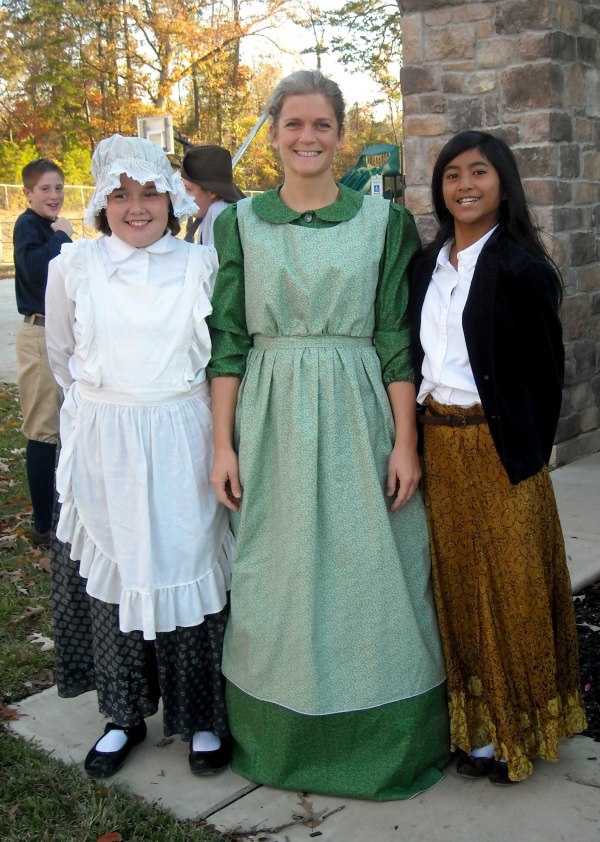 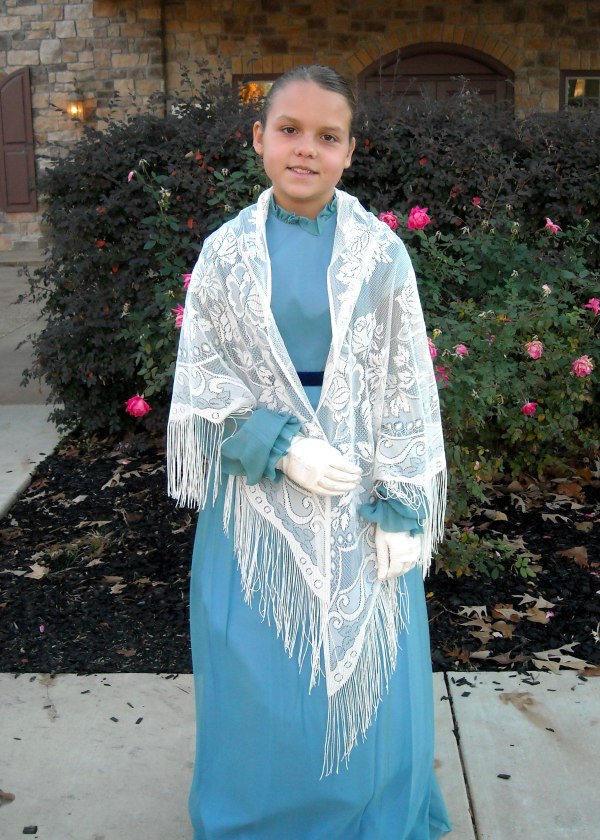 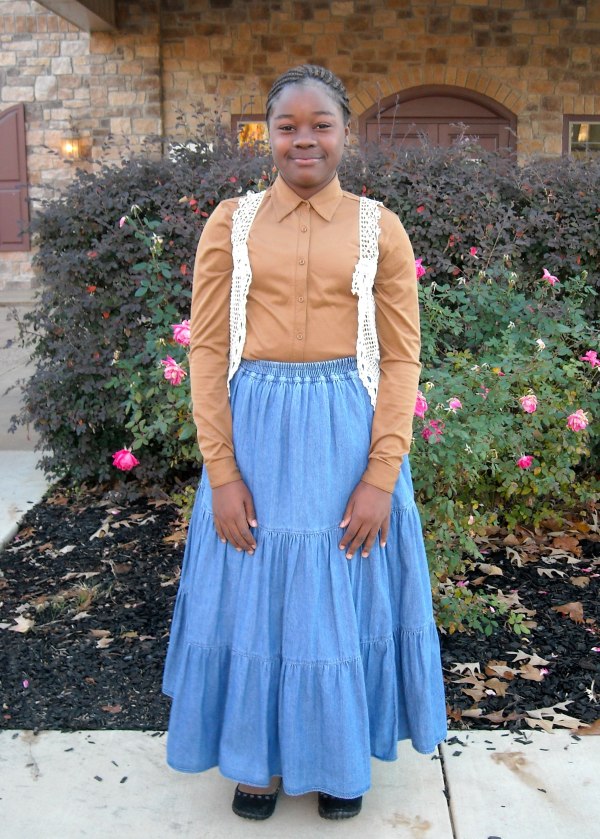 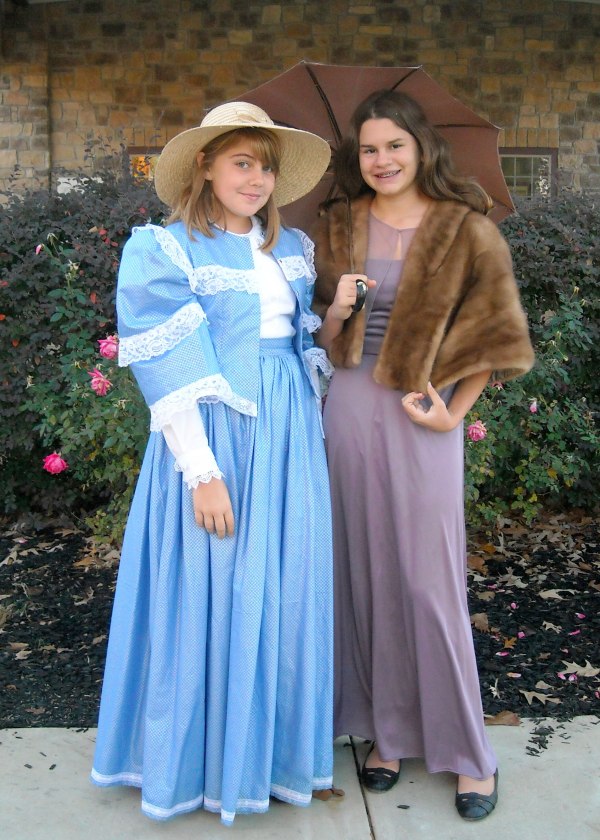 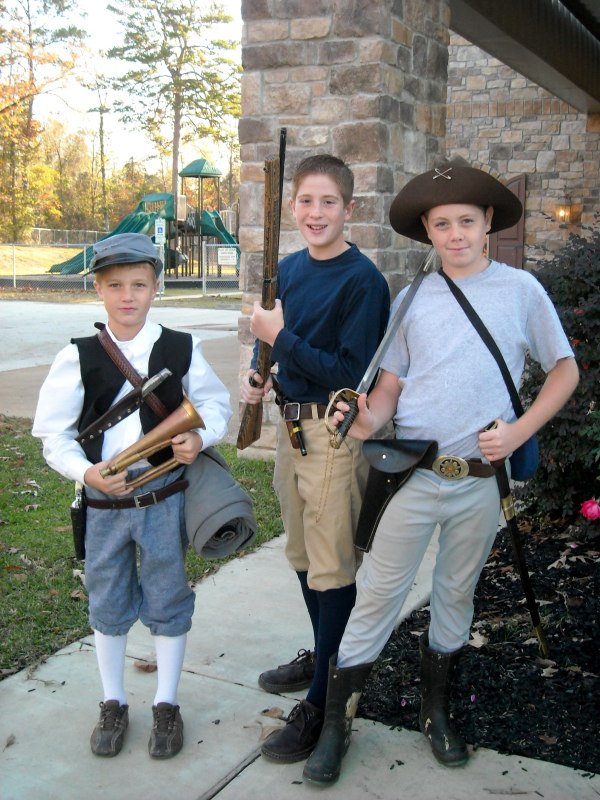 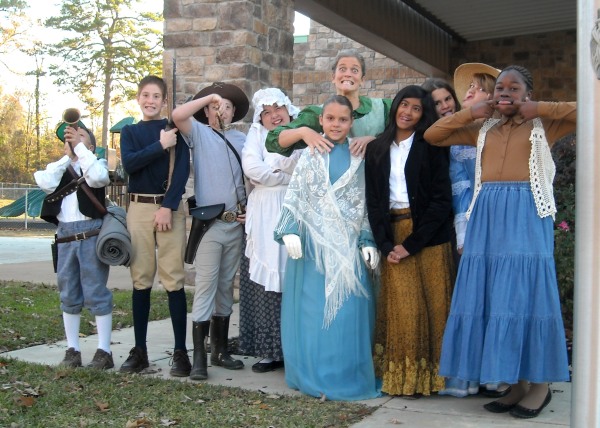 We are very excited to have our new school bus!

It was delivered yesterday from Pennsylvania. We will be able to move students around with much greater ease now, and we are very thankful.

Pictured below is our 4th grade class with the new 15-passenger Ford bus.

Regents Academy is currently in its 10th year of impacting children and families with classical Christian education in Nacogdoches.

The ripple effects of this school will be felt (Lord willing) for generations to come as students are prepared not just for college but for life and as they are led to think and live Christianly. By God’s grace the founders of our school did a great work when they began this undertaking. Half passion for their children, half knowledge about this new model of education they had discovered, and half caffeine, they ventured to found a school that would minister to families and train children in knowledge, understanding, and wisdom rooted in the Bible.

As new families enter the life of Regents Academy, it is always good for them to gain some understanding of the history of the school. How did the school begin and what happened to get it to where it is today? If you don’t know, here’s a quick review of the school’s history. As you read, be sure to thank the Lord for His provision and for the faith of our school founders.

In October 2001 six families decided to begin a classical Christian school in the Nacogdoches area. Pastor Randy Booth agreed to help form the board and lead the group. Later that year the founding families, along with a few other families, formed a home school co-op.

In 2005 Regents Academy purchased 7 additional acres and began work on its athletic fields. Adding 11th grade in 2004 with 50 students and 12th grade in 2005 with 65 students, Regents Academy held its first-ever commencement ceremony with 4 graduates in May 2006. Mrs. MaryAnn Bentley became the school administrator in 2006 after a career in teaching and school administration in the public education system. In January 2009 Regents Academy completed a major building project that dramatically transformed its facility, adding a new facade and updating and remodeling the main hallway. Also, a building addition nearly doubled the size of the facility, providing much needed classroom space, a computer lab, a science lab, and a multi-use great room.

After finishing the 2009-2010 school year with 106 students and 5 graduates, Mrs. Bentley passed the mantle of leadership to Mr. David Bryant, who became Headmaster while Mrs. Bentley became the school’s first-ever Director of College Placement. In June 2010 Regents Academy installed state-of-the-art playground equipment for its KPrep through 6th grade students. In 2011 the school began the school year with 110 students in grades KPrep through 12 and prepared to continue the tradition of excellence in classical Christian education.

While this story describes what “happened,” the real story lies behind these events, in real people’s labors, deliberations, risks, and investments that have made our school what it is. So find a founding family and ask them about the story. And remember this: YOU are now part of the story. YOU are helping to give shape to our school for the future.

What future headmaster will encourage families to find YOU and hear of how God worked to build this ministry through your ideas and efforts?

First grade, along with their teacher Mrs. Dayna Stanaland,  enjoyed a Thanksgiving Feast in preparation for the Thanksgiving holiday. Great costumes, boys and girls! 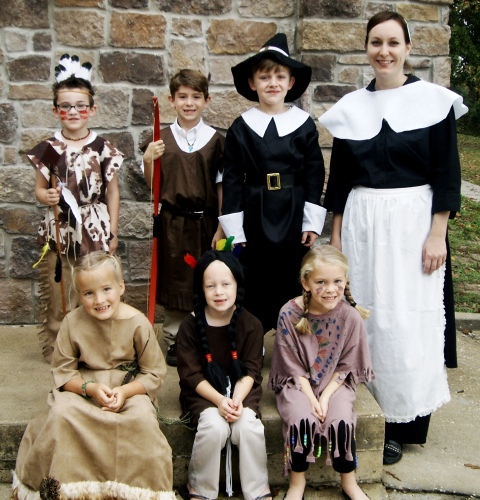 What a great time everyone had at the Fall Festival and Sock Hop on October 28!

The costumes were great, and what a good time the music, bouncers, hula-hooping, and face painting was.

Thank you, PEO, for sponsoring this fantastic event. 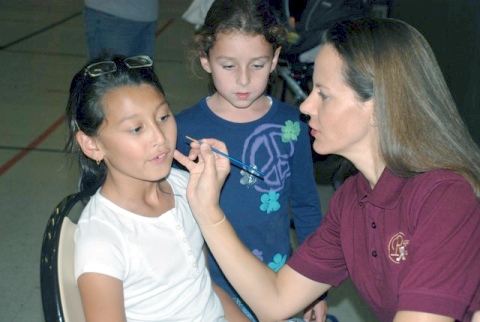 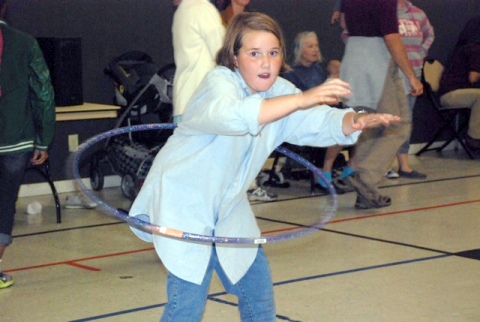 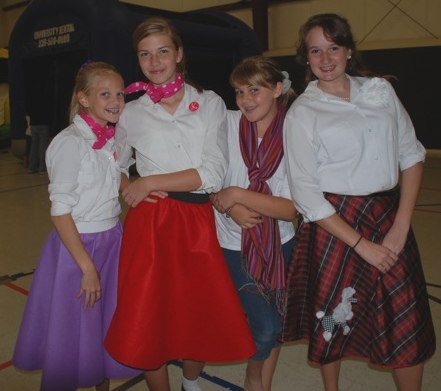 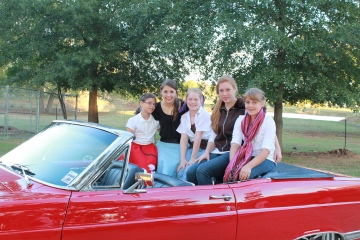 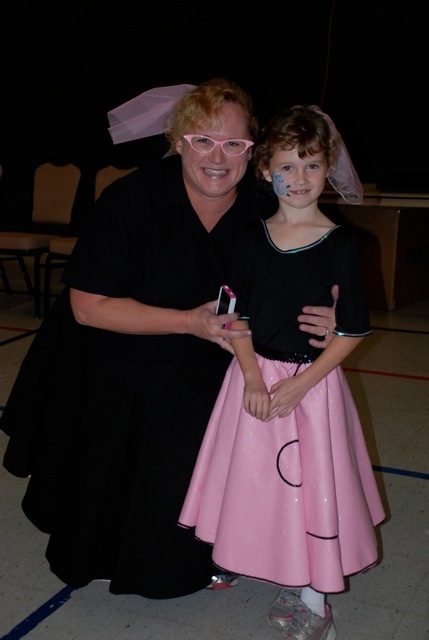 Regents students and teachers were privileged to host Dr. Alan Reed on November 11, 2011. Dr. Reed is the pastor of First Baptist Church of Nacogdoches. Dr. Reed shared a devotional with our school family that encouraged us to treasure the Bible as the Word and God and build our lives on it.